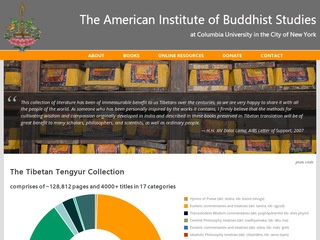 This collection of literature has been of immeasurable benefit to us Tibetans over the centuries, so we are very happy to share it with all the people of the world. As someone who has been personally inspired by the works it contains, I firmly believe that the methods for cultivating wisdom and compassion originally developed in India and described in these books preserved in Tibetan translation will be of great benefit to many scholars, philosophers, and scientists, as well as ordinary people.

This site uses cookies. By continuing to browse this site, you are agreeing to our use of cookies. More Details Close